We have 184 guests and no members online 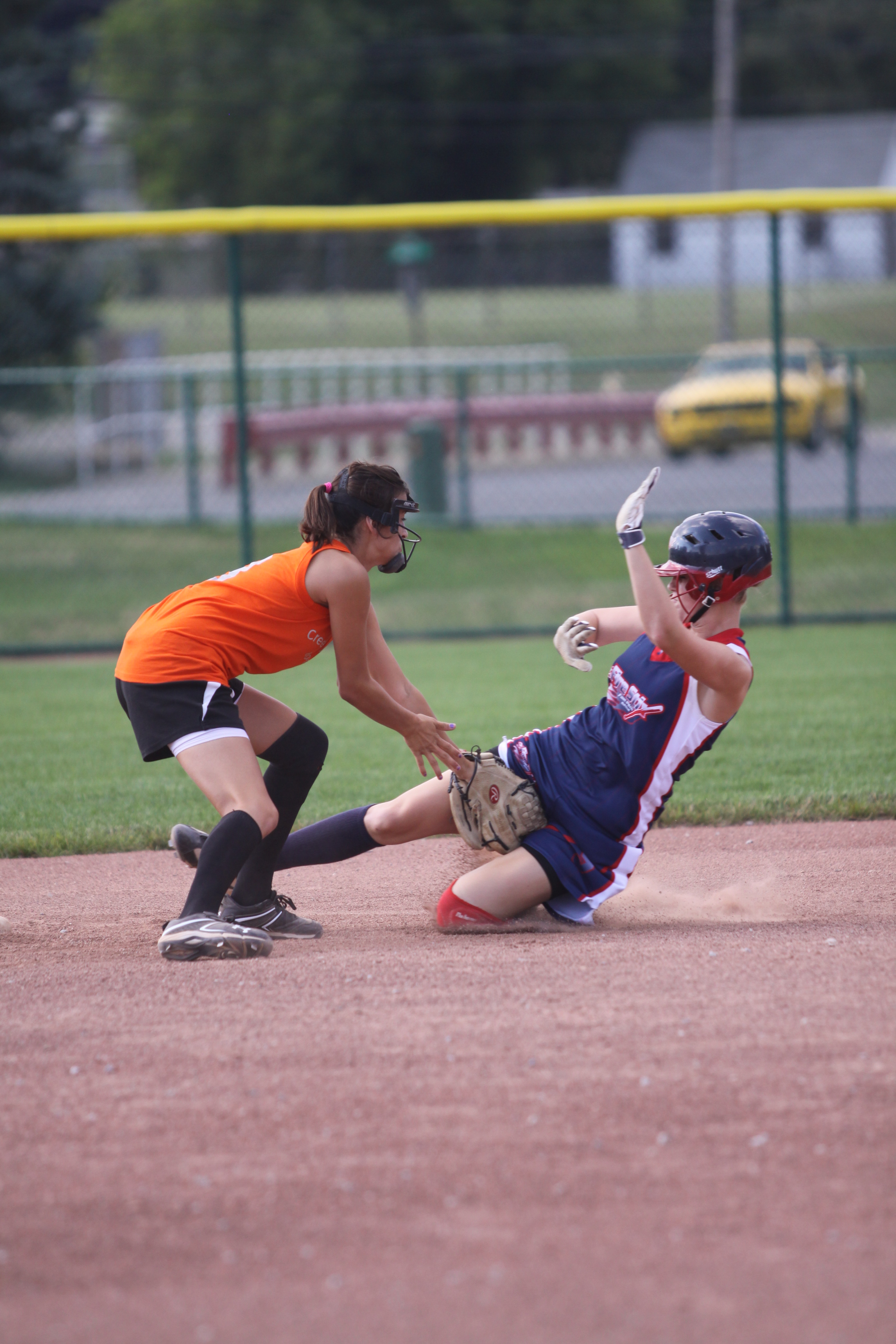 It was a different look to the team, which actually had two separate squads last year, one in the upper division and one in the middle division. The middle-division team went 10-0 on its way to the league championship.

"Last year, we had about 30 kids and we needed to separate some of them," said coach Rick Clolinger. "This year, we had 17 kids show and we knew we were going to lose some of them because of basketball, volleyball and vacations."

Clolinger may have thought that he'd be missing four or five girls on select nights. But during the first and second round of playoffs, he was forced to play with only nine girls. One thing Clolinger made sure of was that no matter how many girls showed up on a given night, each would play in the field and each would have a chance to bat.

"I didn't have girls playing one position the entire game all season," Clolinger said. "Playing that way actually cost us a few games because no matter when you do it, you have a weaker player batting at a time when you need a hit and it just doesn't happen."

The regular season ended with a 5-5 record, but the team performed well in the playoffs, winning two games and advancing to the championship July 28 against LakeVille.

"We got some key hits and our pitching was great," Clolinger said of the two playoff wins over Montrose and the Mid-Michigan Fire Stix. "A.J. Brookman and Hayley Cruthers split the first game, and Brookman took over for Hayley after the first inning of the second game. We played good defense and these girls deserved to win."

For some players, the summer league is an opportunity to play one last time before heading off to college, while others are trying to solidify their name on the varsity roster for the next spring. For the rest, it's either a way to pass the summer playing ball, or a way to get better.

"I have a couple girls that I cut last year and they came up to show that they are going to take the opportunity to play and get better," Clolinger said. "It's an opportunity for me to move them around and sometimes by a twist of luck, I see something I didn't before."

Summer softball is definitely a lot less pressured than playing during the regular varsity season, but that doesn't mean that it's not just as important to some of the players.

"I don't believe that's it's more hectic because we know that we just had a long season," said 2010 graduate Nicole VanCamp. "It's just relaxing and playing for fun, but we still play hard and like to win. I like to play in the summer because it gives me something to do and keeps me busy. But this is my last season, so it really bums me out, too."

Some teams, like the Fire Stix, that Swartz Creek beat in the semifinals, are hand-picked travel teams. The Fire Stix are based in Birch Run, but players from lots of different areas make up the team, making things a bit more competitive. It gives players on opposing teams the opportunity to see the strongest players without the seriousness of the regular season.

"Playing any sport as much as you can is important," said Swartz Creek junior Gabby Deering. Deering plays first base for the varsity team during the season and jumped at the opportunity to play some more on summer break.

"Playing on the Creek team is good because I am playing with the girls that I played with during school. The team chemistry is there and when the season comes along, I won't have to worry about getting back into things because I've been playing during the off-season."